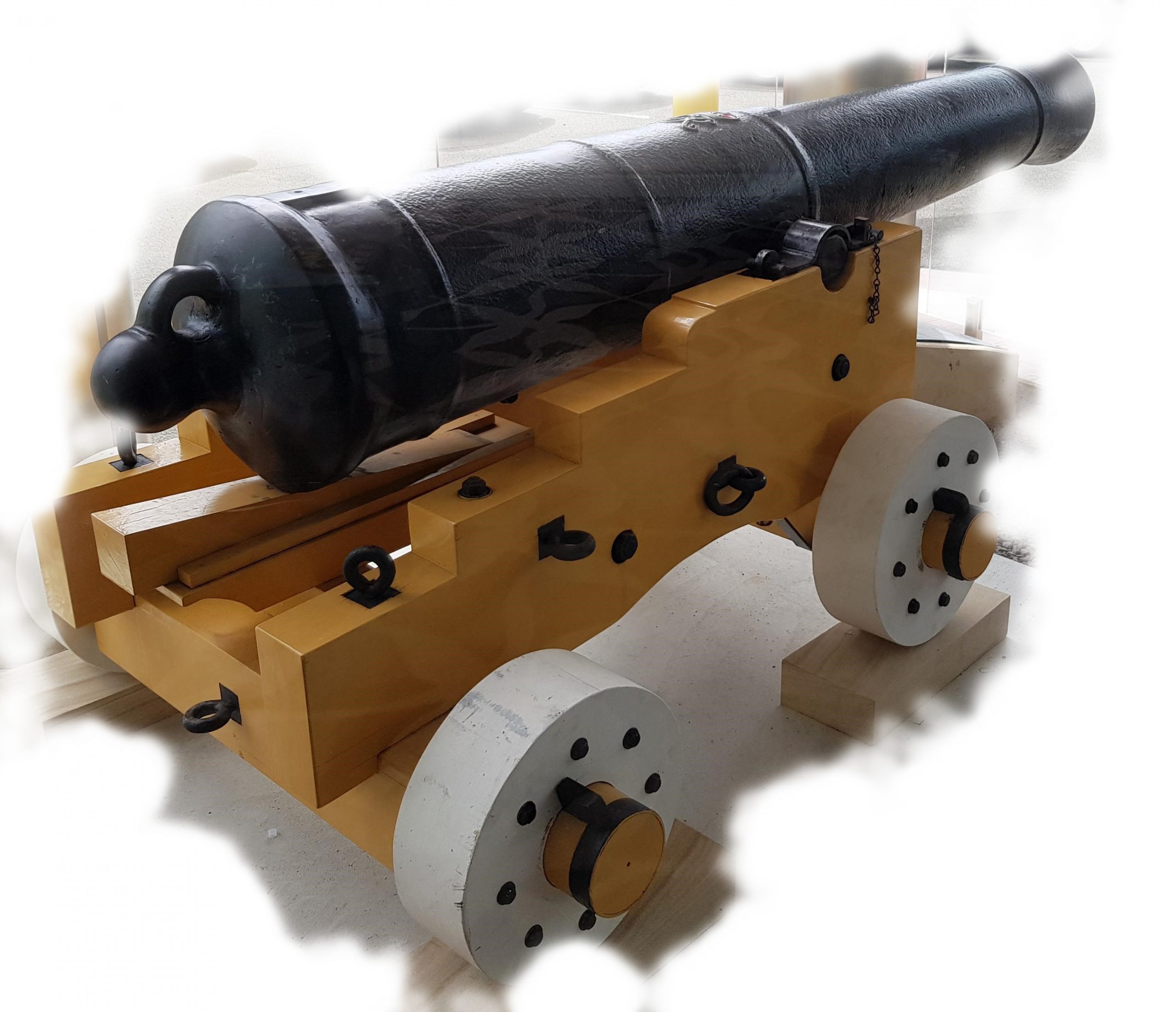 Posted at 01:05h in Uncategorized by Sue Duchesne
0 Likes
Share

This cannon is most likely one of the earliest pieces from the Colony of NSW and Sydney Cove’s defences. The barrel is an original and was recovered from Cockatoo Island, where 15 barrels had been dug into the walls of Fitzroy Dock as bollards.

It is a Smooth Bore Muzzle Loading cannon, shortened to SBML. Made in England in the 1700s, it is also referred to as a “12 Pounder” due to the weight of the solid metal ball it fired.

This “SBML 12 Pounder” is displayed with the cooperation of the Forestville RSL sub-Branch, Forestville RSL Club Ltd and the Royal Australian Artillery Historical Company.

See more images on the Gallery page of this site.