With humble beginnings in 2017 they were first called “Four Men in Boat” – a simple name to represent their crew of veterans fumbling their way into sailing.  In 2018 they became known as the Saltwater Veterans. Our vision remains to foster a veteran community connected “On, In and Around Water” primarily for those veterans that have become wounded, injured or ill during their service. 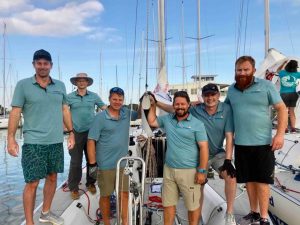 Saltwater Veterans fosters a wide reaching social network of veterans that use inclusive sailing (and adaptive sailing[1]) to be physically and mentally active. Now 6 years on and the collective, of Saltwater Veterans continues to grow in both veteran participants and supporting family and non-veteran volunteers. Over during the past two months of May and June, they have directly supported over 200 veterans on to the water!

“Adaptive sports often run parallel to typical sport activities.  However, they allow modifications necessary for people with disabilities to participate and many sports use a classification system that puts athletes with physical challenges on an even playing field with each other.” 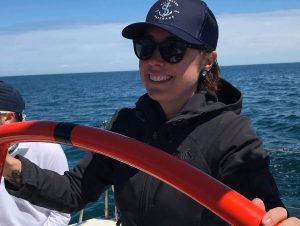 Saltwater Veterans is partnered with the Not-For-Profit Young Veterans  and is intricately involved with facilitating the highly regarded RPAYC Community Sailing program and an integral part of facilitating a Veterans National Sailing Forum that is hosted by Invictus Australia.  With the support of their amazing sponsors, the Saltwater Veterans Sailing Project facilitates free (and/or very low cost) veterans’ activities around Sydney, Nowra, Adelaide and, Newcastle and shortly will include veteran sailing on Sunshine Coast. 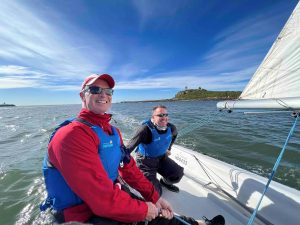 Participating, volunteering and competing in sport has a positive contribution to enhancing overall health and wellbeing. For co-founder Scott, sailing in particular has taken on an important role to his ongoing recovery. Scott also competed at the Sydney Invictus Games 2018 and The Hague Invictus Games 2022 – the support afforded (through the Invictus Games) for veterans that are Wounded, Injured or Sick (WIS) has been a key motivation to what Saltwater Veterans aims to achieve. 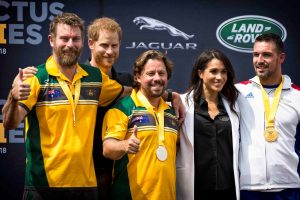 Scott was introduced to sailing through Royal Prince Alfred Yacht Club’s Keelboat Sailing program. The camaraderie and enjoyment found on the water led Scott to join the racing ranks twice weekly, and volunteering his time to encourage more veterans to get involved in sailing.  He has since completed his Australian Sailing Keelboat Instructor and Sailing Coaching qualifications.

Scott was the focus Harnessing the Power of Sport (Invictus Australia) video series that showcases that you don’t have to compete in sport to reap the benefits. The short video is Introduced by military veteran, Invictus Games competitor and Paralympian Curtis McGrath OAM, and demonstrates how coaching, mentoring, officiating and volunteering can have positive and lasting benefits for veteran’s rehabilitation, recovery and wellbeing.

The ongoing benefits from regular connection with the sailing community, that delivers sustained wellbeing. After a career in the Navy, Scott was used to the water but he didn’t have a background in sailing when he started in 2016. It’s been a journey, with a lot of support along the way, and Scott is motivated to ‘pay it forward’. 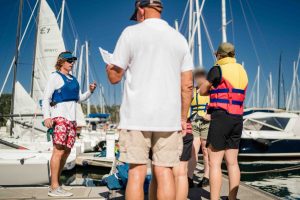 “At its core, our project is modelled off the established pathways within the Australian Sailing framework,” says Scott. We needed a banner to sail under and it was also a good way of being socially identifiable. Our group of veterans are now identifiable right round Australia and we even have veterans & supporters overseas!  The benefits of our Saltwater Veterans banner are unity and building social connections with people with common backgrounds,” says Scott. “It can be intimidating joining a new club or organisation. We all have a common bond of military.

“Some of our team have sail raced the Sydney to Hobart and Invictus Games 2018. Others have progressed their instructor & coaching qualifications.” 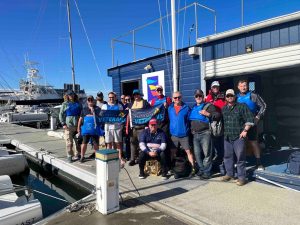 Saltwater Veterans does not have external funding. It is family funded and volunteer facilitated.  Sponsorship greatly contribute toward the logistic & facilitation costs of offering their Saltwater Veterans Sailing Project free to military veterans & their families. These costs include our activity insurance, web-hosting, e-waivers, catering, and event-associated travel and equipment hire.  They also aim to re-coup some of these expenses through selling their own line salty merchandise.

For donations, Saltwater Veterans is an Ex-Service Organisation (ESO) approved by RSL NSW as part of our charitable purpose.

Now you have met them, check out saltwaterveterans.org